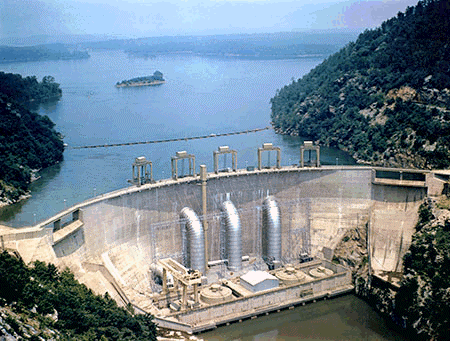 I want to start a series on the future in my opinion of sustainable energy sources that would be more beneficial to the planet. As the definition stated above; Renewable energy is sometimes known as Green energy. Green is commonly associated with nature as this energy comes from nature; hence, waste byproducts are non-existed to the Earth’s little consequence. You most likely heard some chatter in the news over the argument of renewable energy and our dependence upon crude oil. We can assume that putting gas in our cars is more straightforward and practical, mainly because we are used to doing it. Mainstream media and our government told us that oil is the bloodline of capitalism—it stems the economy due to the money being poured into it by the populous. The argument for a long time has been; is it hurting our environment? It appears to be now that that discussion is dying down, and more scientist agrees that pollution from fossil fuel such as oil and coal are a danger to Mother Nature. If Mother Nature fails, then the animal kingdom and all life on Earth are in peril. Indeed, that means humans too.

Let us start with: 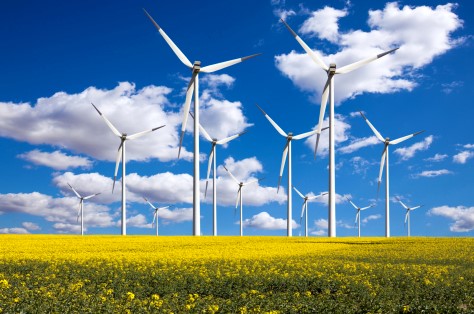 Wind energy or wind power is extracted from air flow using wind turbines or sails to produce mechanical or electrical energy. Windmills are used for their mechanical strength, wind-pumps for water pumping, and sails to propel ships. Wind power as an alternative to fossil fuels, is plentiful, renewable, widely distributed, clean, produces no greenhouse gas emissions during operation, and uses little land. The net effects on the environment are far less problematic than those of nonrenewable power sources.

Wind farms become quite popular among the nation-states in demonstrating the effectiveness of wind energy. They have primarily used to power a township with electricity, and depending on the size of the farm, it could power greater masses of areas to the point of an entire city. Now I don’t know if that is entirely possible yet, but I know townships have been powered by such energy. The measurement of their energy is megawatt (MW), in which some like Gansu Wind Farm in China could reach up to 6000 MW. Wind farms can be offshore and onshore. Onshore is land, and offshore is sea/ocean. The London Array in the United Kingdom is the largest offshore wind farm; a floating farm can reach 630 MW.

(graph info provided by Observ’ER – Electricity Production From Wind Sources) While the rest of the whole hovers 82.0 in wind-power production. 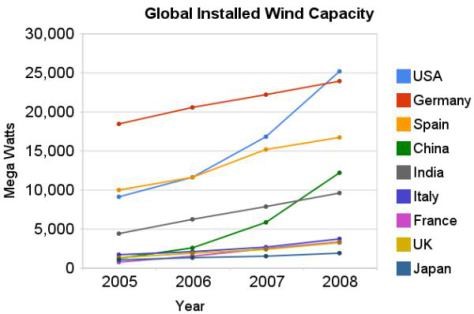 As a nerd, a Star Wars fan, I can use the quote of Obi Wan Kenobi, “You’ve taken your first step into a larger world,” as it pertains to the world’s decision value wind energy with actions.

That larger world is a clean environment prolonging the life of Mother Nature and, consequently, our lives.

Hydropower or water power is power derived from the energy of falling water or fast running water, which may be harnessed for useful purposes. In the past, hydropower consists of many kinds of watermills used as a renewable energy source for irrigation and the operation of various mechanical devices, such as gristmills, sawmills, textile mills, trip hammers, dock cranes, domestic lifts, and ore mills. 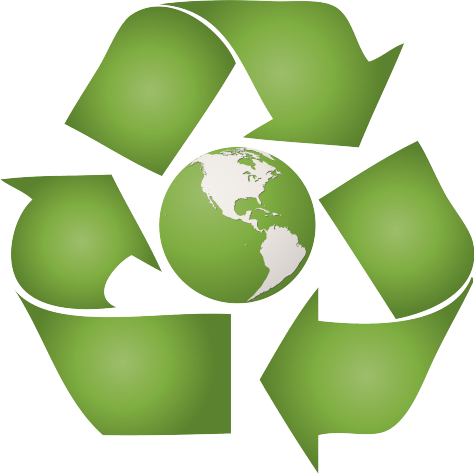 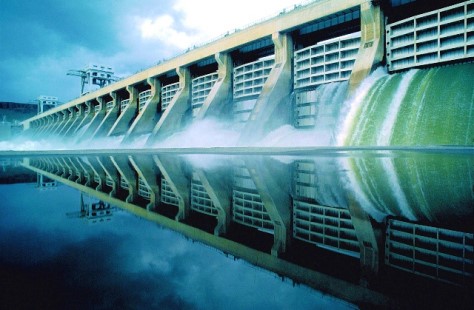 One of the oldest forms for this energy is the use of dams. Humans have constructed dams for a decade; the common animal beavers were the first to use such a method. Before dams were watermills/water wheels, these were used in ancient India, Ancient Rome, and China in early AD. The use of canals was used for farming and was a quicker way to water the plants and be used for other means for villages and towns. Getting to the point of electricity is where dams come in as the section off of water and use its pressure to massive power generators to create electricity to the power of townships and more. Humans also develop machinery or other tools to harness the power of water—a natural resource that covers a good percentage of Earth.

The advantages of using hydroelectricity are:

Like all hydro-electric power, run-of-the-river hydro harnesses the natural potential energy of water, eliminating the need to burn coal or natural gas to generate the electricity needed by consumers and industry.

Substantial flooding of the upper part of the river is not required for run-of-river projects as a large reservoir is not needed. As a result, people living near the river don’t need to be relocated, and natural habitats and productive farmlands are not destroyed. 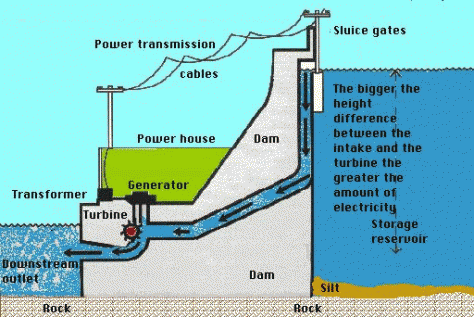 Run-of-the-River power is considered an “unfirm” source of power: a run-of-the-river project has little or no capacity for energy storage and can’t coordinate the electricity generation’s output to match consumer demand. Furthermore, it creates more power when the water flow is high and less when it is low. For example, the spring season is high but low in the hot summer months and cold winter months. As one would imagine, less power for air conditions in the summer and heaters for the winter. In turn, it brings major disadvantages.

The actual power at a site is a result of the head and flow of water. Damming a river, the head is available to generate power at the face of the dam. A dam may create a reservoir hundreds of kilometers long; in run-of-the-river, a canal typically delivers the head, pipe, or tunnel constructed upstream of the powerhouse. Regrettably, due to the cost of upstream construction, a steep drop in the river is in demand. 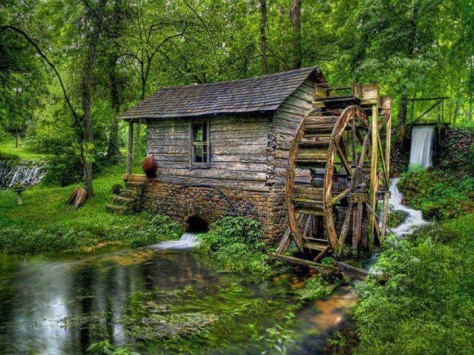 This is one of the oldest forms of renewable energy used globally in first and third world nations. From water irrigation to hydroelectricity, it is without a doubt that this clean alternative is a planet saver from its principal component waters is ever so replenished by the rain itself.

“History of Hydropower”. US Department of