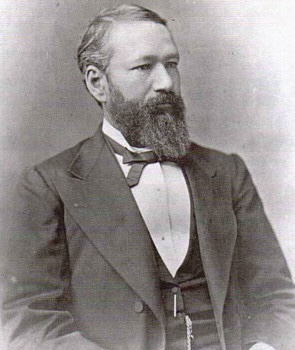 Plessy v. Ferguson was a landmark 1896 U.S. Supreme Court decision that upheld the constitutionality of racial segregation under the “separate but equal” doctrine. The case stemmed from an 1892 incident in which African American train passenger Homer Plessy refused to sit in a car for Black people. Rejecting Plessy’s argument that his constitutional rights were violated, the Supreme Court ruled that a law that “implies merely a legal distinction” between white people and Black people was not unconstitutional. As a result, restrictive Jim Crow legislation and separate public accommodations based on race became commonplace.

After the Compromise of 1877 led to the withdrawal of federal troops from the South, Democrats consolidated control of state legislatures throughout the region, effectively marking the end of Reconstruction.
Southern Black people saw the promise of equality under the law embodied by the 13th Amendment, 14th Amendment and 15th Amendment to the Constitution receding quickly, and a return to disenfranchisement and other disadvantages as white supremacy reasserted itself across the South…

(Click on link below to read the entire article)

(Click the Crash Course video below for a brief, detailed summary of this landmark case)