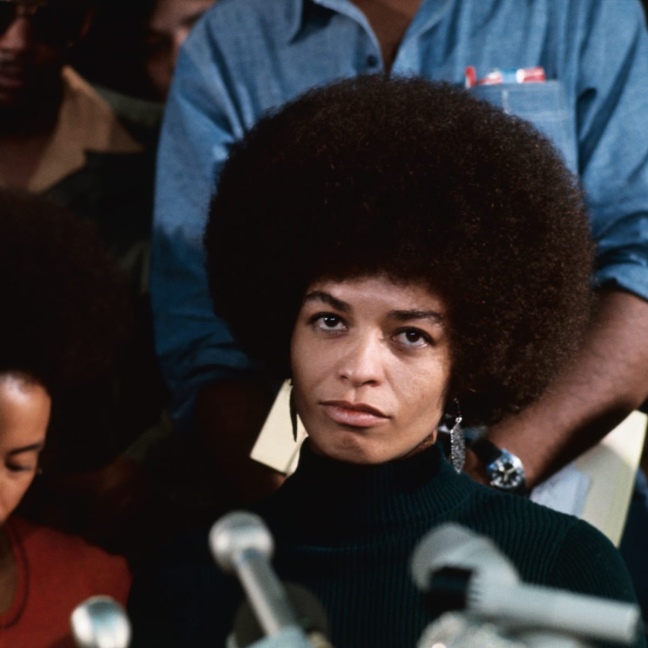 Angela Davis (born Jan. 26, 1944) is a political activist, academic, and author, who has been highly involved in the civil rights movement in the U.S. She is well known for her work and influence on racial justice, women’s rights, and criminal justice reform. Davis is a professor emerita at the University of California, Santa Cruz, in its History of Consciousness Department, and a former director of the university’s Feminist Studies Department. In the 1960s and 1970s, Davis was known for her association with the Black Panthers Party—but actually spent only a short time as a member of that group—and the Communist Party.

For a time she even appeared on the Federal Bureau of Investigation’s “Ten Most Wanted” list. In 1997, Davis co-founded Critical Resistance, an organization working toward the dismantling of prisons, or what Davis and others have called the prison-industrial complex…