Welcome to Friday Night Poetry Corner and today feature poet will close out Black history month. This brilliant poet haunting poem will give pause in rational terms but will enhance scenery to influences. Here is a short bio:

Jean Toomer (born Nathan Pinchback Toomer, December 26, 1894 – March 30, 1967) was an American poet and novelist commonly associated with the Harlem Renaissance, though he actively resisted the association, and modernism. His reputation stems from his only book, the novel Cane (1923), which Toomer wrote during and after a stint as a school principal at a black school in rural Sparta, Georgia. The novel intertwines the stories of six women and includes an apparently autobiographical thread; sociologist Charles S. Johnson called it “the most astonishingly brilliant beginning of any Negro writer of his generation”. He resisted being classified as a Negro writer, as he identified as “American”.

Toomer continued to write poetry, short stories and essays. His first wife died soon after the birth of their daughter. After he married again in 1934, Toomer moved with his family from New York to Doylestown, Pennsylvania. There he became a member of the Religious Society of Friends (also known as Quakers) and retired from public life. His papers are held by the Beinecke Rare Book Library at Yale University.

Here are two short poems called Storm Ending and Reapers. I hope you enjoy him. 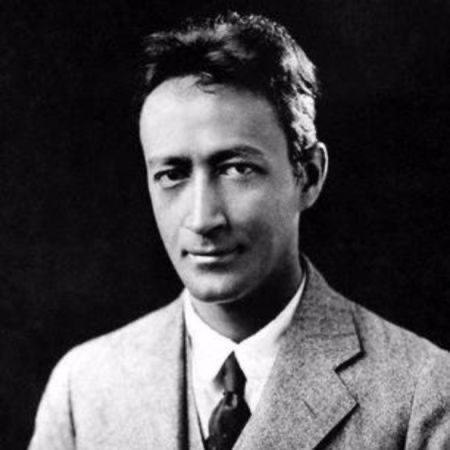 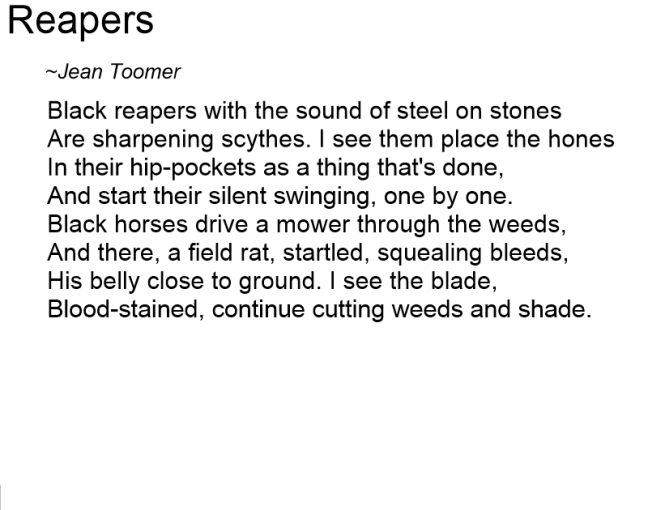