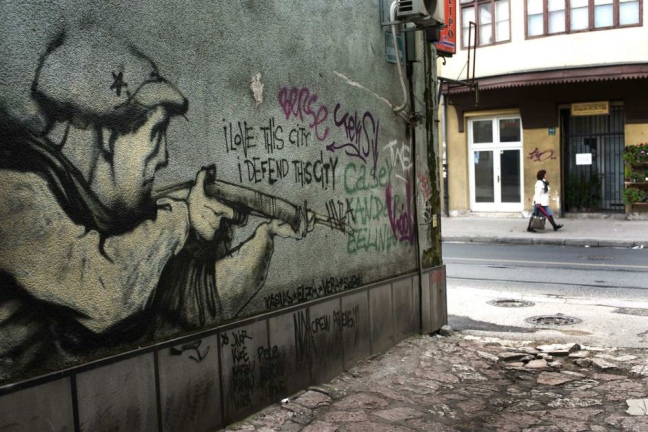 Ladies and gentlemen welcome to another Friday Night Poetry Corner. This week is a very different poem, with commentary that is insightful on the same theme as the poem. Paol Soren’s feature called “Beckie’s Song.” Just read everything and give it some time to sink in.

This is a repost. And even though I wrote it myself it still attacks me with tears.

Some years ago I followed a blog by Beckie. Beckie was immersed in the war in Bosnia and Croatia. She saw many friends and relatives murdered.

Sometimes when I would read each new post I would be unable to keep the tears from my face. One time was really hard. She and her family and her village were forced across a narrow single file bridge. She had her mother in front of her and her sister somewhere at the back. She was polite and stood back to let an old lady step onto the bridge in front of her. When they were on the bridge the soldiers shot every second person. That post was one that I couldn’t forget.

Right up until the end she never said which side she was on. And…